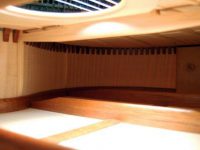 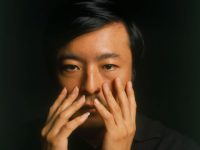 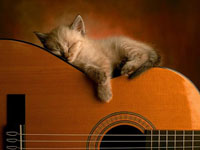 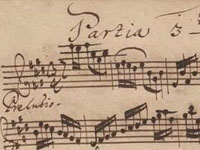 I’ve said it many times over the years: The most important thing I want to accomplish with students is for them to develop a happy life-long relationship with the guitar.

Well, I got a nice email yesterday…

Stroll through my house and you’ll hear my son playing the piano or guitar, my youngest daughter singing at the top of her lungs, and for most of 2010 me working on Bach’s Chaconne, and from time to time my oldest daughter playing piano.

All that to say that music is a dominant force in the life of my family. My youngest is involved with a youth theater doing 3 musicals a year. My son just finished there and is now going to be a music director. He’s working on a music degree and may become a choir teacher. He loves music theory and is dreaming. (He and a friend started a production company — whatever that means). My oldest daughter is a pretty good pianist looking forward to starting piano lessons again. My wife is the Area Coordinator for the drama group and as the only non-musician in the family was the driving force for piano/clarinet/guitar/voice lessons.

Years ago, I wondered how I would get my kids not to walk away from music as I did when I was 14. I never figured out a plan, but they watched me play at home and perform. I think that gave them the spark to stay at it. We didn’t go on great vacations or have the latest video games because $ went to lessons (6 different lessons at one point) and went to buy or rent instruments. None of them would have done it differently.

Anyway, I was just thinking about the part you played in inspiring me and again wanted to say thanks. I have three kids whose lives have been, and will continue to be impacted by music. Never mind the kids, I was just playing and reflecting on how much I love to play.

By the way, about a year and a half ago my son picked up my Villa-Lobos book and in a week’s time read through Prelude 1 and had it memorized. Kind of surprising since he didn’t have any need to read guitar music before (gifted reader on piano though). He learned on his electric guitar and played it for me on a classical guitar. He played through every once in a while and then played it in a district music competition just over a year ago. He won for classical guitar which qualified him to compete at state… which he won. Then he played for about 4500 people at graduation. I would have been petrified and he was excited. Good night!

So again, thanks. You did a great job as my teacher and those lessons have lived on. One thing I learned from you was that I could play whatever. I have learned the Chaconne from just opening the music and going to work and I don’t think I would have figured that out if you hadn’t shown great works.

I hope you are doing well!

Here’s my favorite old-timer on YouTube. Her name is Lorna Jack. I found her while I was participating in an online stock market forum, of all things. Somehow the topic veered onto music and one of the participants mentioned that his 84-year-old mother was on YouTube playing piano. I checked it out, not expecting much, and found something beautiful:

Isn’t this wonderful! Bream’s description of this performance is one of the highlights in A Life on the Road (written by Tony Palmer). I never thought I’d see it. And Bream’s performance is far better than we were given to believe. Just listen to the quality of Bream’s intro. What a treat!

If there’s a more beautiful classical guitar video on YouTube, I haven’t seen it. The music is Julia Florida by Agustín Barrios. The guitarist is Berta Rojas. She is from Paraguay. So was Barrios (1885-1944). And so are the people in this video.